A Bit About Us

When sourcing Chinese plastic injection molds, you’ll find that there are actually very few companies that meet the above criteria.

However, we are one of the few who are truly up to the job. We run our very own tooling factory in Shenzhen, China, and specialize in creating precise, top quality plastic injection molds for international clients.

We possess all the necessary equipment to complete the whole project in-house, and since all our staff speak English, we are very easy to communicate with. If you need a Chinese plastic injection mold maker, then the choice is clear- we are the number one option. 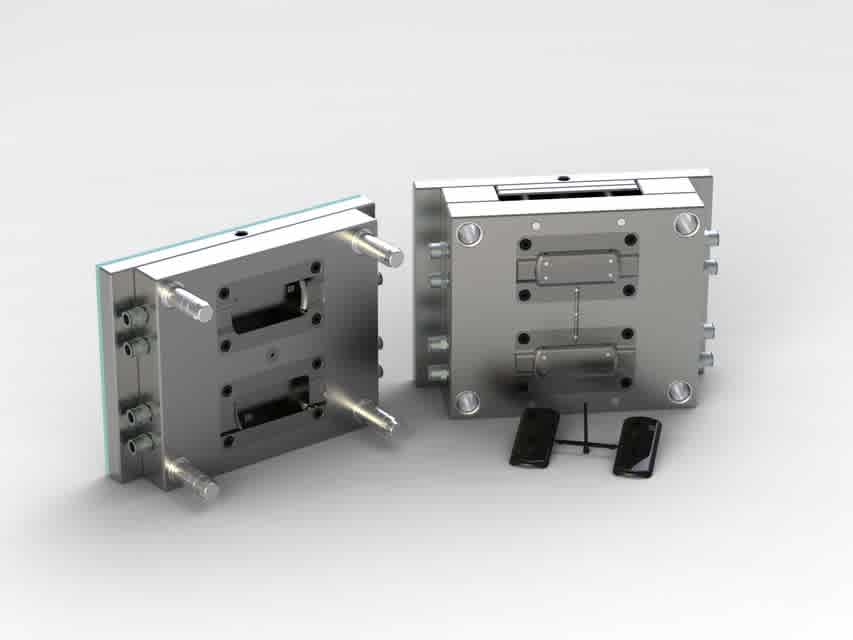 We offer the unique solution of providing western customers with the same high-quality results they would expect in their own countries, but at much lower Chinese prices.

Just let us know your specifications, and we will work with our injection mold makers to create the perfect mold.

We work on a cost-plus basis, and are always fully upfront about how much you can expect to pay for your mold.

We’ve built a very strong reputation for creating such high-quality molds, and we strove to uphold that reputation. We will also be happy to provide plenty of references from past customers to show that we are up to the job.

If you try and source a plastic injection mold from Chinese companies directly, then you’ll likely run into quite a few problems and false starts.

However, by sourcing your molds through us, you could save up to 50% on your tooling costs compared to if you chose a US-based manufacturer. What’s more, you’ll be lessening the risk of receiving substandard molds.

As one of the top Chinese mold companies, with our very own factory, we specialize in building highly precise, superior quality plastic injection molds for companies across North America and Europe.

We have outstanding equipment, meaning we always carry out an excellent job. What’s more, our mold engineers have strong English skills and knowledge of customer needs, making our company very easy to communicate with.

We also take care of everything in-house, instead of outsourcing parts of the process to others. 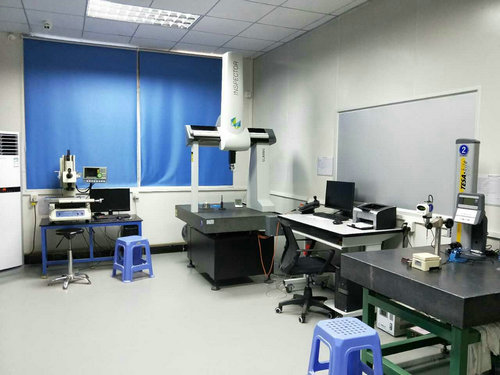 When it comes to manufacturing, injection plastic molding is doubtless the single biggest innovation in the last hundred years or more. Thanks to plastic molding, the same parts can be made thousands, or even millions of times with ease.

Instead of having to individually shape each individual component, these components can be made on a huge scale. Since every part will be identical, you can be sure that things will always fit together perfectly.

Of course, the quality of plastic molding depends entirely on two things: the machines you use, and the plastic molds which your components are created from.

If you don’t have the right molds, then you’ll only end up compromising on the overall quality of the final product.

On the other hand, high-quality molds open up a world of opportunities when it comes to plastics manufacturing.

From moving parts to incredibly intricate sections, hinges to springs, and much more, the possibilities are endless. 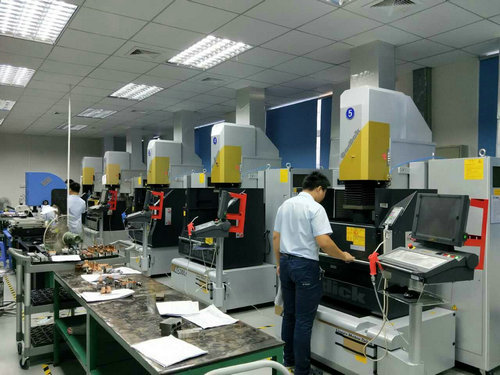 Injection molding is the process commonly used to produce parts in large quantities.

With high mass production, injection molding is the method that we would most commonly see.

The reason why it is not used on a smaller scale is that the mold costs associated with this method are fairly high, and injection molding only becomes profitable once between 3,000 and 10,000 pieces are produced (depending on the complexity of the molded part).

A mold will usually have under 100 cavities, but a mold intended for extreme mass production might have even more “drops” than this.

A major factor in the number of cavities is production cost; as demands of energy or space decrease, more cavities can be included.

However, this also increases the fall-out risk, so most molds will include less cavities than might be technically possible.

A significant advantage of injection molding is that very complex parts can be created, such as undercuts both inside and outside the part, hinges, snap-in noses, springs, and internal threads.

This can all be created with a high level of automation.

Injection molding is also scalable, so these parts can weigh anything between a few milligrams and over 50 kilograms. Injection molding machines are classified based on their clamping force. This could be as small as 50 kN, or as much as 100,000 kN. Most machine sizes range between 100 kN and 30,000 kN.

Since injection molds are all unique objects, they are therefore highly valuable as production tools, as they are essential for production. In some cases, the molds themselves may cost more than the machinery that uses them.

In the center of the injection unit lies a heated barrel, which contains a screw that allows it to rotate and move on an axis while it is being used in plasticizing. When injecting and holding pressure, it also acts as a non-rotating piston.

The clamping unit moves one half of the mold, known variously as the “clamp”, “movable”, or “ejector” half, towards the fixed half of the clamp. It then applies a great deal of clamping force, to seal against the separating force of the cavity pressure.

High amounts of pressure are needed- no less than 200 bar, and commonly between 300 and 1,200 bar. As this force will affect parts of the mold, it needs to be taken into consideration during the design of the side walls of the mold.

A calculation of a mean value of 1,000 bar is usually used in the design process. This is necessary to allow sufficient shrinkage compensation during the compression of the melt.

The pellet is melted during the screw rotation, due to the barrel heaters. At the same time, there is a forward melt feed towards the closed nozzle, which means the screw presses itself backward due to the feed effect.

When it comes to the reverse motion, the screw has to overcome the additional friction resistance of the system.

To aid with the mixing effect, to increase the amount of heat, or to get to an enlarged degassing effect, additional “back pressure” will be applied.

The rotation is then turned off when the rear position corresponding to the “metering stroke” is reached. The melt volume in front of the screw tip is then ready to be injected.

The check valve on the screw tip can be used as an injection piston, to introduce melt into the cold mold cavity until it is completely filled.

This process is called “volumetric filling”, and the melt flow is called a “fountain flow”, meaning stationary layers are formed when coming into contact with the cold mold wall as the melt passes through.

If the stationary layer is allowed to grow too large, it can completely halt the filling process.

The melt will then “freeze off”. This could be caused by, for example, the injection speed being too low. A thin skin layer will naturally form at the flow front, which is actually used to self-seal at particularly tight gap in the mold.

This also allows “ventilation” of the cavities in the mold design, since the melt entering the mold has to push existing air out of it.

Venting gaps of 10 to 30 μm are possible without flashing, since the flow front because of the flow front skin can be about 10 μm. Within this range, the mold can be allowed to “breath” to improve the ventilation.

After volumetric filling, the dynamical phase, which revolves around injection pressure, moves on to a quasi-static phase.

This holding pressure phase allows the melt to compress, while also affording the possibility to deliver additional melt during the initial cooling process, as the pressure in the cavity is held at a constant.

This post-supply of melt is possible as long as the gate (the junction of the runner into the cavity) is permeable, and not yet sealed. Once this sealing point has been reached, pressure is reduced according to the actual cooling rate.

Molded parts will then shrink after the complete pressure release, which is usually linked with the separation of the plastic from the inner wall of the cavity.

When designing the mold, it is vital to take into account not only the material type, but also processing conditions. Especially important are both pressure and temperature throughout the process, as well as during the sealing of the gate.

Raw material manufacturers are therefore only able to give a very rough estimate of shrinkage if they don’t know these conditions in advance- for example, it might be as wide as 0.5-1.5%.

To give a more precise estimate, data on both raw materials and processing are required, so that a process simulation can take place.

However, shrinkage values are also dependent on the direction of molecules, and filler orientation.

Both pressure and temperature have an impact on the specific volume of the injection molding compound, and therefore the final weight of the completed molded part. This is a simple way of determining the process constancy: around 70% of parameter fluctuations can be predicted using the weight of the molded part.

Holding pressure time needs to be  somewhat longer than the sealing time, so as to prevent back flow of the compressed mass out of the cavity. A holding time which is too short will impact upon the weight of the molded part.

Both the holding pressure time and the cooling time will ensure that the physical material has enough time to cool properly and become stable enough to eject from the mold.

Once the molded part is set enough to absorb the amount of force needed to eject it without being damaged, it can then be “demolded”.

Once the cooling phase has been completed, the machine’s clamping force is released and the mold opens up- this requires the ejector half of the mold to move backwards.

The injection molded part can be reliably removed by ensuring there is enough “break time” or “mold open time”.

There is an increasing trend towards automated removal devices, which use a release signal to open the mold. All injection mold machines use a security system known as “mold protection”, which prevents mold damage caused by a foreign object- this could even be a molded part from the last cycle.

Mold protection uses the force transducer principle, which means a signal is triggered if unexpected resistance is experienced due to a foreign object.

The clamping motion then halts and an alarm is triggered. For this to work, three mold dependent positions, or zero points, need to be set during the set-up process:

DO YOU HAVE A BIG IDEA WE CAN HELP WITH?